Payments to CHQ towards quota, donation, subscription of Tele Pensioner may be sent through NEFT. If your bank account is in State Bank of India, it is easier to transfer the amount. And in cases of bank account in some other bank, the amount be transferred through NEFT( National Electronic Fund Transfer).

Please inform CHQ after transferring the amount with name of the district branch, date of payment and amount and other details like quota/ donation etc. This is very important and necessary for issuing receipt and accounting.

CHQ is much saddened to report that Com.Abdul Rashid, founder Circle Secretary, UP(W) has breathed his last on 26-09-2020. He was unwell for sometime and was admitted in an Aligarh hospital 10 days ago. Com.Abdul Rashid was a charismatic leader and a good orator, quoting Urdu poems during his speech. He has helped CHQ in all the agitations held in New Delhi by bringing maximum comrades from the nearby district branches of UP(W) circle. He relinquished the post of Circle Secretary in the last Circle Conference and continued to serve the organisation as Circle Advisor.

The passing away of Com.Abdul Rashid is a great loss to AIBDPA . AIBDPA pays respectful homage to the departed leader and conveys heartfelt condolences to the bereaved family and friends. 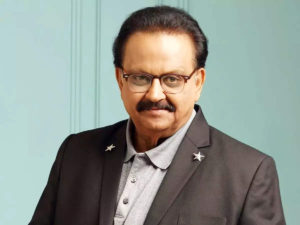 Shri S.P.Balasubrahmanyam (74), the veteran singer and the inspiration of lakhs of music lovers all over the world passed away today at a Chennai Hospital. He was under treatment for COVID-19 for the last more than one month.  He has songs to his credit in many languages, including all south Indian languages and was a natural singer, who captivated all those who heard him. He was awarded Padmashree and Padmabhushan awards earlier. S.P.B., as he was popularly called, holds the Guinness record for singing more than 40,000 songs.

His death is a great loss to the country. AIBDPA expresses its extreme sadness and convey heartfelt condolences to the bereaved family and friends.

PENSION REVISION.
AIBDPA has a clear stand on Pension Revision of BSNL Retirees from the very beginning.
Our demand has been that Pension Revision from 01-01-2017 with 15% fitment, delinking wage revision. Pension revision is no way connected to affordability condition or bad finance of BSNL as 100% liability of pension and pensionary benefits lies with the Central government.
The AUAB also raised the same demand and got an assurance from the former Minister of Communications, Shri. Manoj Sinha that Pension Revision will be implemented delinking wage revision. But the present Minister of Communications, Shri. Ravi Shankar Prasad , presumably at the behest of certain arrogant beaurocrats , took a negative stand to the effect that pension revision will be implemented only after wage revision. At this stage some of the Pensioners organisations opined about approaching court for settlement of Pension Revision. These organisations were advocating for 7th CPC fitment for Pension Revision and that too from 01-01-2016.
The Central Executive Committee meeting of AIBDPA held at Guwahati in November, 2019 discussed issue in threadbare and decided against seeking legal remedy at this stage. Instead the CEC decided a phased program of agitation culminating in a Parliament March. The CEC also authorized CHQ to explore the possibility of a joint action by contacting other Pensioners organisations. Accordingly, all the important Pensioners organisations were contacted, but only AIRBSNLEA, AIBSNLREA, and BDPA responded and had reservations on joining the agitation. Therefore we had to go it alone. Postcard campaign to Prime Minister, Meeting MPs, Hunger Dharna at all CCA offices were held successfully. All preparations were made for the final phase of Parliament March on 12-03-2020. Unfortunately we were compelled to postpone it due to the Covid-19 pandemic. Now the situation is not conducive for any major agitation, as India is witnessing a swift spike in Corona infection and it is a reality that we have to live with Covid-19 pandemic for some time long.
Meanwhile some of the Pensioners organisations have filed petition at Principal CAT, New Delhi. But it is learnt that the prayer is different. While AIRBSNLEA, SNPWA and MTNL Pensioners organisations have put forward that Pension Revision should be on IDA with 2.51 fitment. AIBSNLPWA has filed a separate petition in the same PCAT, New Delhi praying for Pension Revision on 7th CPC fitment from 01-01-2016.
CHQ is watching the developments keenly and will take a decision at appropriate time.
K G Jayaraj
General Secretary

Maharashtra Circle under the leadership of Com. R N Patil, Circle Secretary and Com.A S Choudhary, CHQ Organising Secretary is surging ahead in widening the organisation. Now, another new District Branch has been formed at Sindhudurg. The meeting of pensioners, including a good number of VRS retirees, held on 16-09-2020 decided to form the new District Branch. Accordingly, a 19 member office bearers were elected unanimously with the following important functionaries;

The Historic One Day Strike of 19th September 1968

52 years are over after the historical One Day Token Strike of the Central Government employees which took place on 19th September 1968.

It was not a simple strike, but a strike which shook the foundations of the central government and ruling class. More than 30 lakhs CG employees participated in the strike putting the country to a standstill. The CG employees with their strategical position in the Communications, Defence, and Railways ensured that the entire machinery of the central government was paralysed.

It was a struggle for the dignity of labour and right of the workers for a reasonable wage. The 15th Indian Labour Conference had approved the Need Based Minimum Wage on the basis of Dr.Akroyd Formula in 1957, but the government did not implement it. Prices of essential commodities were rising sky high, but full neutralisation through Dearness Allowance was denied. The II Central Pay Commission was completely retrograde and the central government employees were compelled to go on an Indefinite Strike in July 1960 which continued for five days. Then Prime Minister Shri Jawaharlal Nehru suppressed the strike using Essential Service Maintenance Ordinance (ESMO) and other draconic measures. Tens of thousands were arrested jailed, suspended, terminated and punished mercilessly.

It took years to heal the wounds inflicted on the workers. The government introduced Joint Consultative Machinery (JCM) with the assurance that issues will be discussed and settled. There was a condition that the unions should abjure strike if JCM is to be introduced. The unions bluntly refused and the government was compelled to withdraw the anti-worker condition.

The JCM was a failure from the start. The Staff Side in the National Council raised the demands of need based minimum Wage and DA according to the cost of living index. The government not only did not agree to concede the demands, but refused to refer the issues to compulsory arbitration as per the JCM rules.

There was no other course before the workers, but to adopt the struggle path. The Confederation of Central Government Employees and Workers, National Federation of  P and T Employees, All India Railwaymen’s Federation and All India Defence Employees Federation, Central Secretariat Association and other organisations met in a  National Convention on 13th July 1968 and issued a call for a one day strike on 19th September 1968 on the following main demands;

The leaders went on tour throughout the country for organising the strike successfully. The central government was not sitting idle. Not only no fruitful discussion was held, but all repressive machinery of the government was made ready to suppress the strike.

The strike started at the midnight of 18th / 19th of September 1968. The entire central services came to a halt. Trains did not run. Communications service stopped completely. The central secretariat, the nerve centre of the government, was deserted. Strike was a complete success.

Indira Gandhi Government used the hated Essential Service Maintenance Act and other such anti-worker ordinances to suppress the struggle, instead of conceding the just demands of the workers. The workers did not flinch; they had the bitter experience of the 1960 strike which was treated as ‘Civil Rebellion’ and tried to be suppressed by then Prime Minister, Jawaharlal Nehru. The workers had understood the real policy of the government, which was only to support the rich and ignore the justified demands of the workers

On this 52nd Anniversary of the strike, the entire CG employees salute these martyrs who gave their precious life on the altar of the workers’ demands.

It is to the credit of the Communist Government in Kerala, headed by Com.E.M.S.Namboodiripad, who declared that his government will not use the ESMA against the striking government employees, despite the central government warning that failure to implement ESMA may result in dismissal of his government.

Thousands of workers were arrested, jailed, terminated, suspended, dismissed and heavily victimised. NFPTE and other CGE unions were derecognised. For the first time after the formation of the united organisation, NFPTE, in 1954, a fake union was floated. It was a one day token strike, but the victimisation continued for years.

According to the statement given in the Parliament on 6th May 1969, the following details were given with regard to the victimisation in Posts and Telegraphs department:

It is reported that in Railways 2,27,327 participated in the strike and 1158 terminated on the spot. In Audit and Accounts department according to the government 32,000 workers struck work. These are all far less than the actual numbers. In all departments large scale of victimisation took place.

Continuous struggles were organised against victimisation. History was created when more than 50,000 workers along with family members marched to the residence of Prime Minister Smt. Indira Gandhi on 17th October 1968 demanding vacation of victimisation.

Com.A.K.Gopalan and many other M.P.s raised the issue in the Parliament demanding vacation of victimisation.

At last, after 3-4 years, most of the workers were reinstated. The others, including Com.N.P.Padmanabhan, Convener, P and T Co-ordinating Committee Kerala, were reinstated after Janatha government came in to power.

Many years have passed since then. The workers are now getting DA automatically, whenever there is an increase in the cost of living. Strike victimisation has come down. Usually only dies-non is issued for participation in the strike, except in isolated cases. Recognition of the union is not withdrawn. But still we are yet to get Minimum Wage implemented as per Dr.Akroyd formula which is around Rs.27,000 at present and the VII CPC has recommended only Rs. 18,000. The struggle of the CG Employees will continue for justice.

More and more attacks are coming on the workers in general and CG employees and PSU employees as also pensioners in particular. Pay Revision / Pension Revision is not implemented for BSNL employees / pensioners. Medical Reimbursement/ allowance are not being paid. PSUs are being privatised. DA of Central Government Employees and Pensioners is freezed under the cover of Covid-19 pandemic.  Hard won labour rules are being trampled upon. An undeclared emergency is looming in the horizon. United struggle is the path shown by our leaders like Comrades K.G.Bose,S.K.Vyas and others.

On this 52nd anniversary, AIBDPA pays homage to the martyrs of the 19th September 1968 Strike! The great leaders who led the strike, the workers who implemented the call –they are all remembered, some still in the movement, all of them retired and some already no more with us.

Red salute to the 1968 Strike Martyrs!