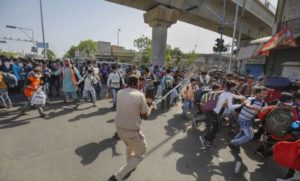 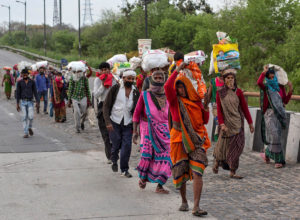 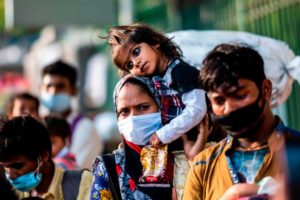 The condition of the migrant workers is most pitiful during the Covid 19 period, with most of them trying to get back to their own states and unable to do so due to various reasons. It is estimated that there are about 2 crore migrant workers in India. After the start of the pandemic and lock down declaration, they do not have work. The employers are not paying them wages. Their day to day life itself is in difficulty. Their families are in their villages and they want to be with their families. The sudden declaration of Lock Down by the Central government without advance preparation has put everything in disarray. Had sufficient time been given, many could have reached home before the declaration.

These migrant workers are travelling to their native states mostly by walk, on cycles etc. covering hundreds of miles. Many have died due to lack of food, exhaustion, accidents etc. Some have died due to trains running over them, while sleeping on the tracks due to extreme exhaustion. This is the biggest migration in India, after the partition of the country in 1947.

In this connection we appreciate the action taken by the Kerala Left Front government which has ensured free south / north Indian food, accommodation, treatment etc. to the Guest Workers ( as migrant workers are called in Kerala) and are trying to send the workers to their native states according to the non-stop trains allotted by the central government. The food for the journey is also provided.

The Central and state governments in co-ordination should ensure for their speedy and safe journey to their native places. They are also citizens of this great country as well as Ambanis and Adanis, to  whom big economic packages have been announced by the government.