Reports received so far from different circles indicate that the BSNL DoT pensioners have responded massively with large participation in the observance of Call Attention Day on 20-04-2017. The decision for the two phased agitation was taken by the Central Executive Committee meeting held at Mysuru on 23,24 February, 2017. The 18 point charter of demands include Mandatory Pension Revision from 01-01-2017 along with pay revision in BSNL, 50% IDA merger with pension, Grant Fixed Medical Allowance of Rs.2000 to both BSNL and DOT pensioners, Scrap PFRDA Act, Settle the anomaly in pension, Pension be 50% of last pay drawn for the pre 2006/2007 pensioners etc.

(2). Night Free Call facility extended to BSNL pensioners. But once again the DOT pensioners are denied it, as in the case of broadband concession. So we have to further pursue to end the continued discrimination to DoT pensioners.

(3) Quarterly Medical Allowance restored partially. How ever AIBDPA is for monthly uniform medical allowance of Rs.2000 to all BSNL and DOT pensioners.

No doubt these are great achievements gained through sustained struggle. But we have to continue the path of agitation for the realization of other important demands.

CHQ heartily congratulate all the comrades for their active participation and making  the Call Attention Day on 20-04-2017, a great success. So, let us focus on the 2nd phase of agitation, Mass Dharna at SSA level on 25-05-2017. 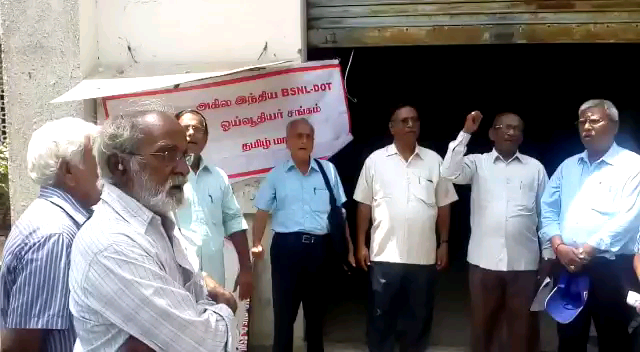 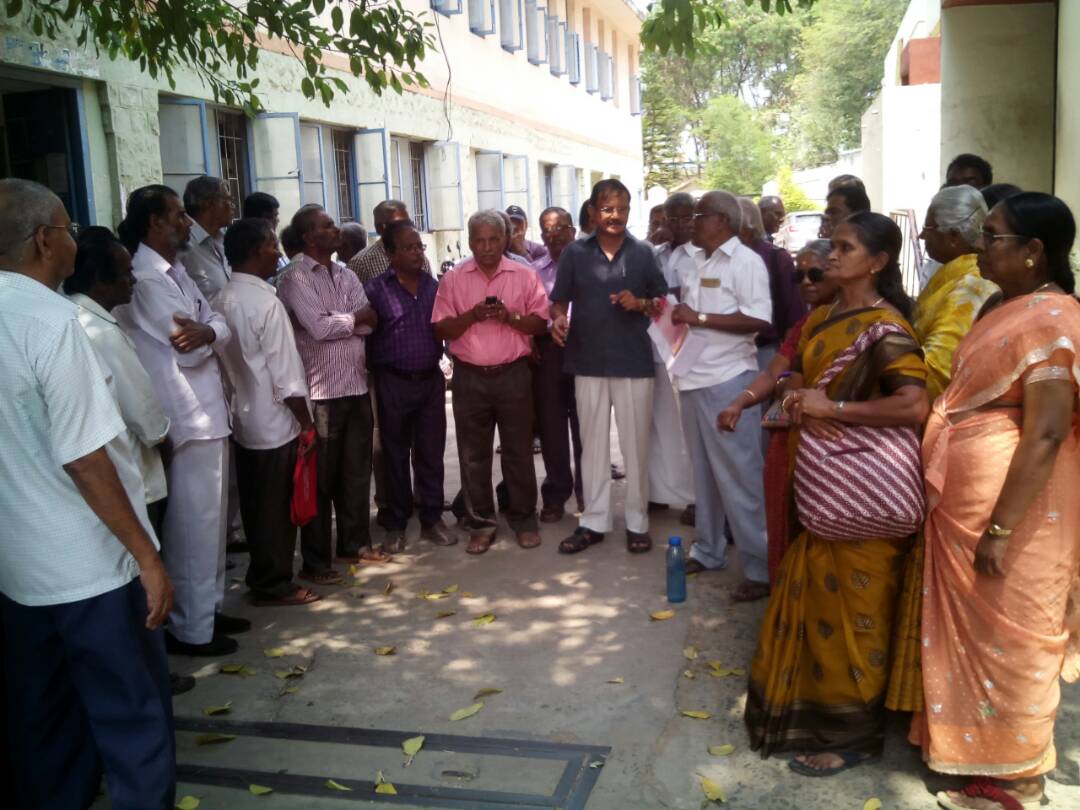 AT COIMBATORE IN TAMIL NADU.

AT KOLKATA BY KOLKATA TELPHONES AND CORTO.